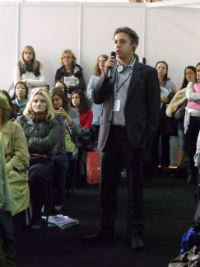 I studied Modern and Medieval Languages (German and Italian) at Queens' College, Cambridge, but I did not immediately embark on a career as a conference interpreter after graduating. In fact I first worked in public affairs and communications for five years in the UK, but found that something was missing. I felt a burning desire to use my languages, but needed to find a job that allowed me to combine that passion for languages with my interest in politics and my thirst for an intellectual challenge. That's why I ended up retraining as an interpreter and eventually finding my way onto the European Parliament staff. I now interpret from French, German, Italian and Spanish into English.

My job is all about enabling speakers of different languages to communicate with one another. This may sound like a grand statement, but interpreters really do help to make democracy work by giving the Members of the European Parliament – who of course speak a whole raft of different languages – an equal voice. In exchange, we get a job that is a real challenge and a constant learning process. And we also get to see first-hand how the big political decisions are made. 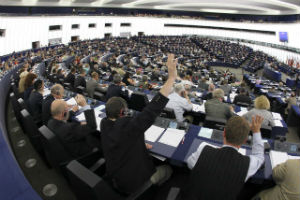 This is a German network, so perhaps I should explain why German is a particular asset for a European Parliament conference interpreter. Well, just in case you haven't picked up a newspaper or switched on the TV for a couple of years, Germany is a rather important player in Europe. But that's not all. Around one in six MEPs is a native German speaker, more than any other language in Parliament. So German really matters and is a genuine selling point for prospective interpreters. 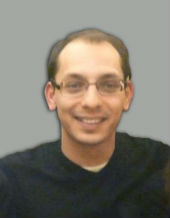 My interest in languages was sparked at school, having found the experience of learning French and German both enjoyable and rewarding. It was therefore a natural choice to pursue these two languages at university. I graduated with a BA in French and German from University College London in 2007, and keen to make active use of my language skills, I quickly learned that translation and interpreting could offer precisely this. During a one-year Masters in conference interpreting, it became apparent that Brussels was something of a land of opportunity for linguists and that knowledge of German, in particular, could be very lucrative. Indeed, within months of graduating, I found a permanent translation/interpreting job in Brussels, working for the European farming lobby, Copa-Cogeca, precisely on the strength of having solid knowledge of German, in addition to French.

Whilst working as both an interpreter and translator, I personally found the translation side of my job the more rewarding, so when the EU recruitment competition for English translators was announced in 2010, I didn’t think twice about applying. Making it through the various stages of the recruitment process, I ultimately started work for the European Commission’s Directorate-General for Translation (DGT) in July 2012.

Work at DGT for English translators is challenging and greatly varied both in terms of the subject matter and types of text you deal with, and for those with German there is never any shortage of work! This is largely down to the fact that Germany and Austria make full use of their right to communicate with the EU in their official language, but also due to Germany’s federal structure and the fact that the EU often takes up matters with Germany at Länder level, which in workload terms equates to dealing with 16 German-speaking countries! Indeed, the latest statistics for the DGT English Language Department reveal that German is one of the languages which is most in demand for translation into English.

Translation has been a great way for me to maintain, exercise and improve my language skills. The Commission also offers a wide range of language training and thematic courses. Unlike most of the other translation departments of the European Commission, English translators are required to translate out of all EU languages, and compounded by rising demand for English translation year on year, the acquisition of new languages is strongly promoted amongst English translation staff. All in all, the mixture of the varied workload, promotion of staff interests and the pleasant working environment at DGT make it a great place to work, offering huge potential for aspiring linguists looking to build a career in languages. 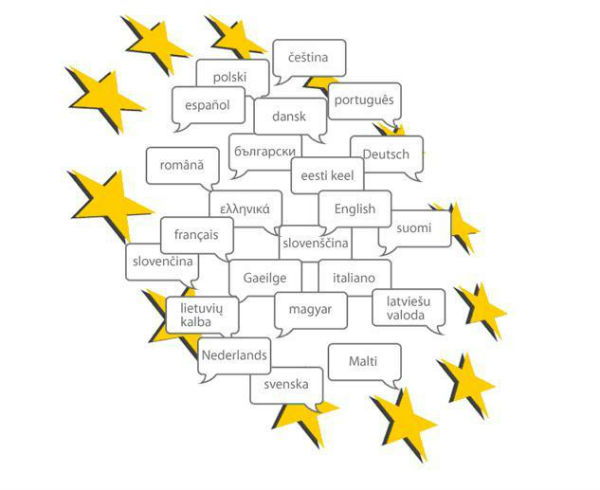