John le Carré, a former German teacher and passionate advocate for the German language and German culture, recently described learning a foreign language as ‘an act of friendship’. At an individual level, learning another person’s language means learning to communicate with them, listen to them and learn from them – and this can foster mutual understanding at the level of cultures, communities and societies. This year’s Oxford German Olympiad celebrates friendship in all its forms: between people, nations and cultures.

History is full of examples of famous friendships and collaborations – between men, women and across genders – which have shaped culture, literature, politics and science. One of the most famous in the history of German culture is the collaboration between Karl Marx and Friedrich Engels, who got to know each other in Paris in 1842 and subsequently  became lifelong friends who collaborated on important works such as The Communist Manifesto (1847). The writers Johann Wolfgang von Goethe and Friedrich Schiller also had a long and intense friendship: although they didn’t become firm friends on first meeting in 1788, their relationship grew stronger towards the end of the eighteenth century and they exerted considerable artistic influence over each other. 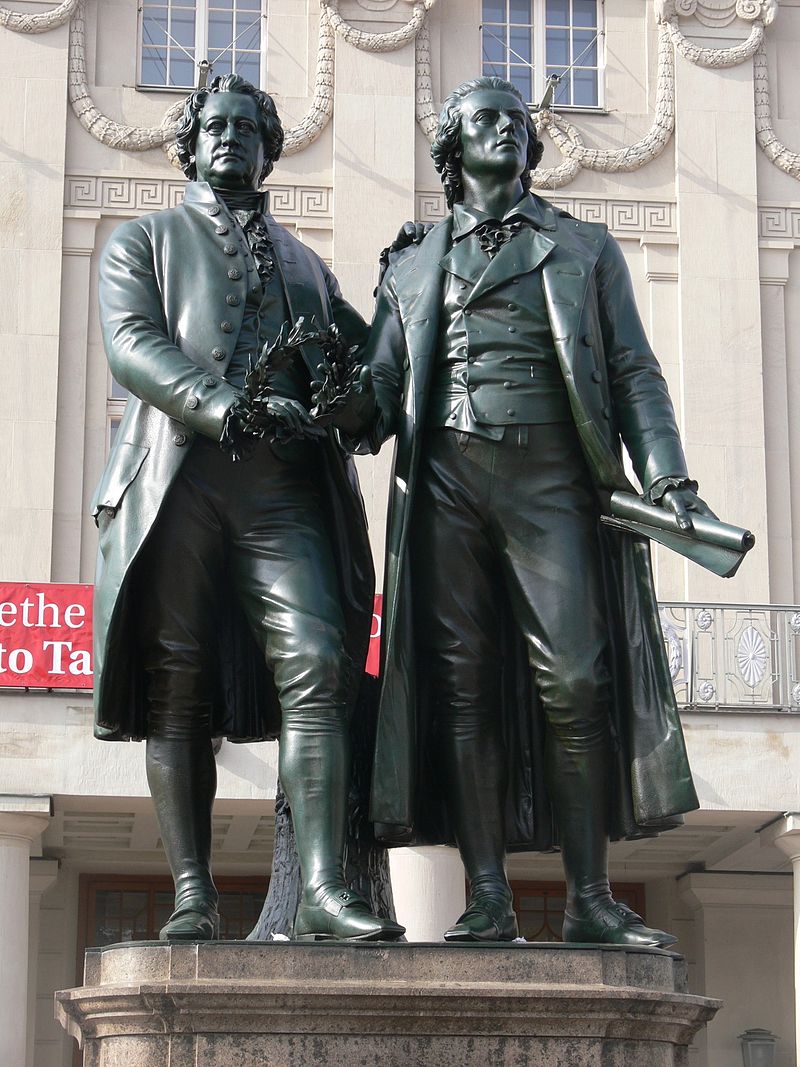 Above: The Goethe-Schiller memorial in Weimar shows the two men as friends.

Other prominent writers and thinkers have often been part of the same tight-knit friendship groups: the Schwäbische Dichterschule (1805-1808); the circle of Romantic poets around Clemens Bretano and the von Arnim family (around 1808); the Expressionist dramatists in Berlin at the end of the nineteenth century; or the GDR-based Sächsische Dichterschule which included Volker Braun and Sarah and Rainer Kirsch.

Friendships are also common in other areas of public life, whether genuine or not: the former German chancellor Helmut Kohl was famously close friends with French President François Mitterand during the 1980s, and the two were jointly awarded a Charlemagne Prize in 1988 for promoting Franco-German friendship. In this respect, they were developing the legacy of the pre-war German foreign Gustav Stresemann and his French counterpart, Aristide Briand, who shared a Nobel Peace Prize in 1926. More recently, Angela Merkel and Barack Obama have discussed their close working relationship. 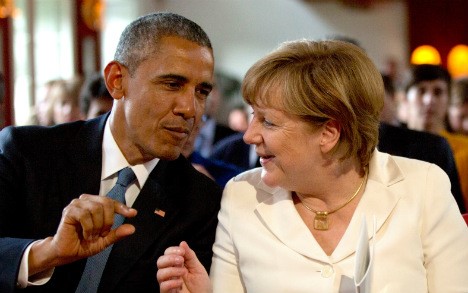 Above: Barack Obama and Angel Merkel - how genuine was their 'friendship'?

Of course, the authenticity and value of these ‘special relationships’ between national leaders is the subject of strident debate. Some might argue that close personal relationships between political leaders cloud their impartiality, and do more harm than good.

Books are full of descriptions of great friendships and their impact on people, communities and events. From Wilhelm and Werther in Goethe’s Leiden des jungen Werthers to Effi Briest and her loyal servant Roswitha in Theodore Fontane’s Effi Briest; the narrator’s relationship with her dead friend in Christa Wolf’s Nachdenken über Christa T.; the doomed relationship between Franz Biberkopf and Reinhold in Alfred Döblin’s Berlin: Alexanderplatz; Pilenz and Mahlke in Günter Grass’ Katz und Maus, or the close-knit band of friends who feature in Erich Maria Remarque’s Im Westen nichts neues, literature has explored the good and bad features of platonic relationships in all their forms. 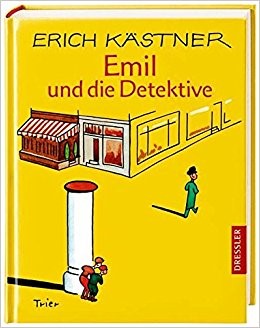 Above: Emil und Die Detektive portrays the adventures of a group of friends

Some of the best descriptions of friendship in literary works are in writing for children and young people, such as the conspiratorial hijinks of Max and Moritz in Wilhelm Busch’s early cartoons or the lively cast of characters in Erich Kästner’s children’s classic Emil und die Detektive (1929).

The movement of town-twinning (Partnerstädte in German) has long been one of the clearest expressions of international friendship, and in some countries twin towns are known as ‘sister cities’ or ‘friend-cities’. After the Second World War, the cities of Coventry and Dresden established formal links as a way of promoting peace and reconciliation following the devastation both suffered during the Second World War.

The city of Reading celebrated 70 years of association with Düsseldorf in 2017 – a link which also helped create a lifelong friendship between Gretel Riebel and June Whitcombe, after Gretel came to stay with June as a war refugee. Oxford’s own link with Bonn is also one of those created during this early wave of Anglo-German twinning arrangements. Nowadays, most UK towns and cities have a twin town in France and Germany, at least – and many in other places like the USA, Russia or even China. 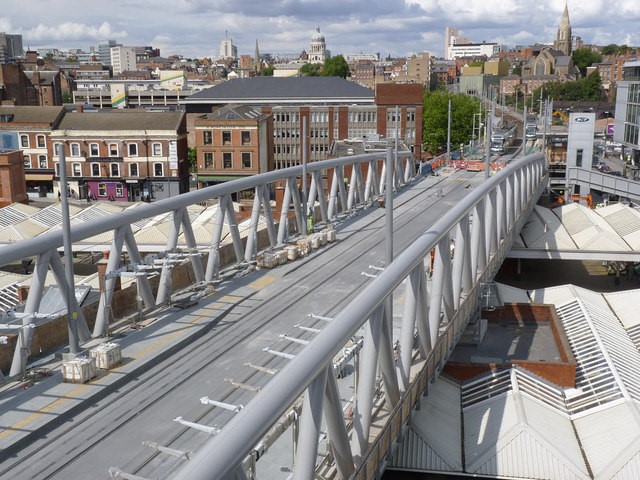 Twin cities have also shared expertise: when the city of Nottingham decided to set up a tram network in 2013, its twin city of Karlsruhe offered technical advice based on their own long-running tram network. A tram bridge in Nottingham was named the ‘Karlsruhe Friendship Bridge’ in acknowledgement of this support.

See a full list of twin towns and cities in the UK via Wikipedia here. Why not find out whether your town has any links to or joint projects with its German twin?

Of course, the UK and the German-speaking countries haven’t always been friends – relations between Britain and Germany in the twentieth century were marked by the two World Wars (1914-18 and 1939-45). Despite the fact that ordinary citizens of both countries rarely encountered each other except on the battlefield, there was hostile sentiment on both sides. This lingered on the in the post-war years, and many British people continued to hold xenophobic anti-German views.

Personal experiences of war and conflict gave way to a broader cultural fixation which has long hampered friendships between Brits and Germans, as satirised in John Cleese’s famous sketch from Fawlty Towers: ‘Don’t mention the war!’. Sporting rivalries have also had a role to play. 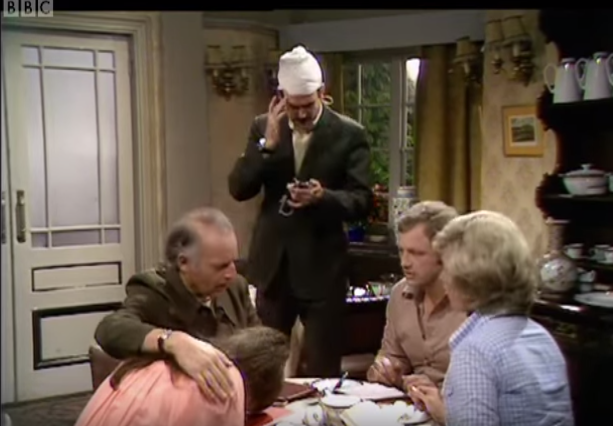 Nevertheless, the two World Wars should be seen in the context of centuries of peaceful and friendly co-operation between the UK and German-speaking peoples. There were close links between aristocratic families throughout the eighteenth and nineteenth centuries – Queen Victoria’s husband, Prince Albert, was born in Saxony as a member of a German aristocratic family.

Even before the modern German nation existed, friendly connections existed between Prussia and Britain; and the Hanseatic League of Northern Germany traded peacefully with London merchants for centuries.

Soon, the UK will also leave what Angela Merkel has called ‘[die] Familie der Europäische Union’, which is certain to challenge the foundations of the friendship between all the nations involved. 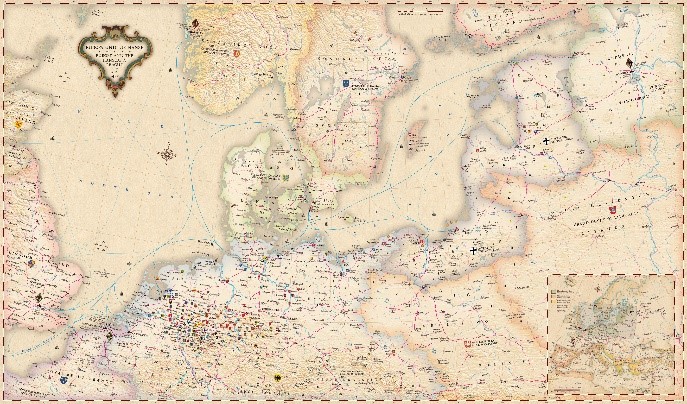 Above: The Hanseatic league promoted peaceful co-operation between Germany and Britain.

The German-speaking countries themselves have been both friends and enemies to one another. In the period before modern Germany existed, rival principalities often fought for power. While modern-day Germany and Austria were part of the Holy Roman Empire, Switzerland was not: its religious and cultural traditions are very different.

And, of course, let’s not forget the often-hostile relationship between ‘the two Germanies’ in the twentieth century. ‘Freundschaft’ between workers is a basic principle of socialism, and the word was used as a greeting by the Freie Deutsche Jugend (FDJ), the communist youth movement in East Germany – but not without irony, since the East German regime was hostile to both internal and external critics and opponents. 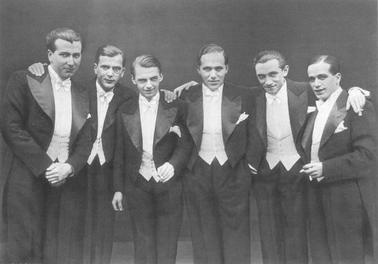 Above: The Comedian Harmonists

Click on the picture above to hear a recording of a well-known German song about friendship. First written by Robert Gilbert (words) and Werner Heymann (music) in 1930 for the early musical film Die Drei von der Tankstelle/The Three from the Filling Station (1930), it’s been rerecorded by many German artists, including this acapella version by the Comedian Harmonists.

Friedrich Schiller’s An die Freude/Ode to Joy is another very famous poem about friendship, later set to music by Beethoven. It expresses powerful ideas about the common humanity of all mankind, based on the Enlightenment philosophy of the time. According the poem, shared experience (especially of nature) unites people all over the world, including those separated by different languages, traditions and social classes. At the time, this was quite a revolutionary idea! It’s clear why the song was chosen as the Anthem of Europe in 1972. Click here to listen to a version sung by London's Philharmonia Chorus, and read the lyrics in German and English.

The ‘double-act’ or Komikerduo is a form of artistic partnership with its origins in comic theatre. Double-act often take the form of unlikely friends or contrasting types: two people with very different comic styles or physiques who play with and against each other for laughs. Two Austrian actors, Rudolf Walter and Josef Holub, are credited with appearing as the first Komikerduo on the big screen as Cocl & Seff – a format which influenced Laurel and Hardy, among others. 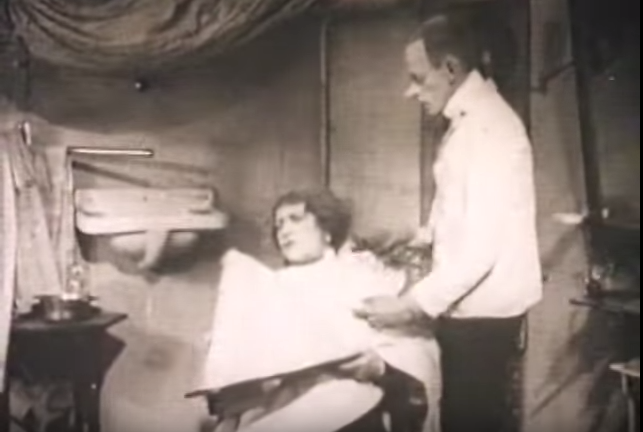 The long-running artistic partnership between Karl Valentin und Liesl Karlstadt began on the stage in cabaret performances from 1911, and later transferred into film. Their first short film Mysterien eines Frisiersalons (1932) was directed by Erich Engel and Bertolt Brecht. Click the picture above to watch it on YouTube.

Until relatively recently, friends who lived in different places kept in touch by letter or (later) telephone. Sometimes, their private correspondence has been published so that everyone can read it and learn about their friendship: famous examples of this are the correspondence (‘Briefwechsel’ in German) between the writers Johann Wolfgang von Goethe (1749-1832) and Friedrich Schiller (1759-1805) or that between poets Ingeborg Bachmann (1926-1973) and Paul Celan (1920-1970). 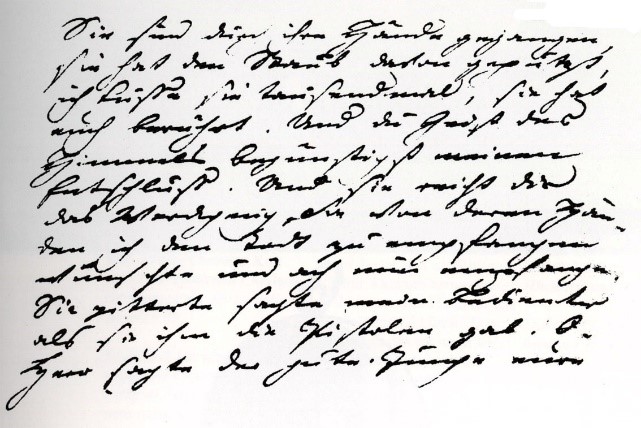 Above: An extract from the manuscript of Goethe's Leiden des jungen Werthers, 1774/8

In the eighteenth century, many authors wrote fictional letters as a way of telling a story. This form of writing is known as an ‘epistolary novel’: Goethe’s bestseller Die Leiden des jungen Werthers (The Sorrows of Young Werther, 1774/8) is told in this way, as a series of letters from the character of Werther to his friend Wilhelm. Women writers such as Sophie von la Roche and Bettina von Arnim also used this style of storytelling.

Read many more famous and fascinating private letters, between friends and strangers, on the blog Letters of Note.

The digital age has transformed the way we make friends and keep in touch. Instead of laborious letter writing, most people now send emails and instant messages – peppered with their favourite emoji rather than written in beautiful longhand! Some people mourn the lost art of letter-writing, but others celebrate how much easier it is to find new friends, reconnect with lost ones or stay in contact with people from all over the world.

What do you think? Are you really ‘friends’ with all of your Twitter, Facebook, Snapchat or Instgram contacts – or has social media changed our definition of the word, for better or worse?

The language of friendship

The clearest marker of the beginning of a friendly relationship in German is moving from using the formal ‘Sie’ to the informal ‘du’ – usually after one party has suggested this to the other, a process known as ‘offering the ‘du’ or ‘das Du anbieten’. ‘Siezen’ and ‘duzen’ can seem like a complicated system to English native speakers who are learning to speak German, but many languages use grammatical structures like this to distinguish formal and informal relationships.

The internet age has offered a new vocabulary of friendship in both English and German: ‘to friend’ somebody, as on a social media site, becomes ‘adden’ in German – and the new words ‘defriend’ or ‘entfreunden’ reflect how much easier that process is in the modern world.

Language teachers have long warned their pupils about false friends or ‘falsche Freunde’ – what linguists call ‘false cognates’. These are words which sound alike but have totally different meanings. You’ve probably fallen foul of a few yourself. For example, few German speakers would be pleased to receive ‘ein Gift’! Here's a list of some with their meanings in English and German.