After graduating with a BA honours degree in French and German from Leicester University in 1985, I ended up at the University of Kent for what was then called a ‘Diploma in Vocational Techniques for Career Linguists’, which as well as translating included a module on précis-writing.

In October 1987, I applied and, to my surprise, was selected for a job as an English translator at the International Olympic Committee (IOC) headquarters in Switzerland.

Although the bulk of my translation work was, and has remained, from French to English, German was an essential requirement for the job, and has always been a key component. Before the IOC press service developed its current multilingual capacity, for example, every morning I had to produce summaries in English of articles linked to the Olympic Games and/or sport in general from the main German press (Die Welt, Frankfurter Allgemeine Zeitung, Süddeutsche Zeitung, etc.). My précis-writing tuition naturally came in very useful for that! 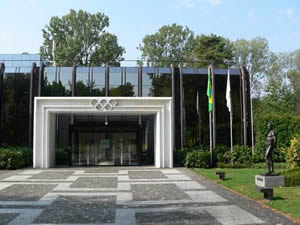 Today, the German translation element of my job covers a wide range of areas including doping in sport, sports medicine, match-fixing, irregular and illegal sports betting and the impact of EU law on sport. 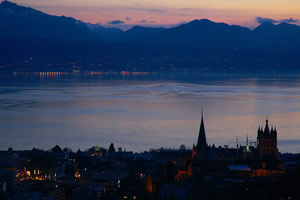 Living in a country where around 67 per cent of the population is germanophone, being able to read and speak the language is also extremely useful, not least when many of my French-speaking colleagues cannot do so. Although a competent French-speaker, the previous German-Swiss IOC Director General often found it much quicker and easier to write in German and get me to translate his texts. And on one surreal occasion, I even found myself having to interpret between our in-house francophone electrician, who speaks no German, and a supplier from Zurich who spoke no French! I do have to confess, though, that even after twenty-five years, the plethora of Swiss-German dialects still leave me totally baffled.

Thank you for reading this or, as the ticket collectors on trains say here: ‘Merci vielmals!’