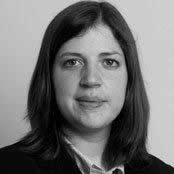 I studied Modern History and German at Queen’s College, Oxford, after studying German to A-level.  I spent a year abroad during my course, working as a language assistant in Rheinland-Pfalz, Germany and then working at a law firm in Vienna over the summer.  I decided to apply for training contracts to be a solicitor and focused on applying to law firms with offices in Germany, as I really enjoyed speaking German and was keen to try to use it in some way.  I was offered a role by international law firm Simmons & Simmons LLP, who also sponsored me through the conversion course to law and the Legal Practice Course.  As an international firm, both my linguistic skills and a demonstrated ability to work across cultures were seen to be of real benefit and I think were part of the reason for offering me the role. I consider that my studies in German were also instrumental in being able to make the transition to law, as they helped me to understand legal terminology, retain information and had improved my analytical skills.

Trainee solicitors rotate around different departments during their training contract so they have experience of a variety of areas of law.  I asked to be sent on secondment to the Düsseldorf office, where I spent six months working with the Employment, Competition, IP and Corporate departments.  This was really interesting as I learned about law in a different jurisdiction and also used my language skills to research law, draft advice and translate documents. 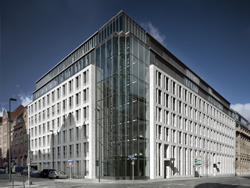 I qualified as an Employment solicitor seven years ago.  Since qualifying, I have continued to be interested in German.  My language skills have also been useful from a professional perspective as a number of our clients are international, so I review documents written in German and interact with German-speaking clients.  I also speak German on a social basis at work to stay in touch with colleagues from my time in Düsseldorf.