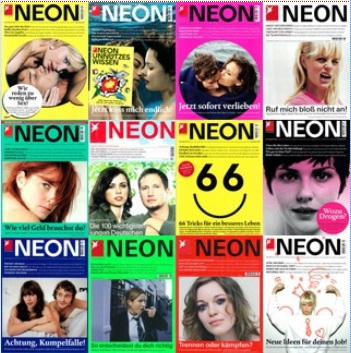 Young? Have a bit of cash? Want something to read? Then you must want a magazine which is eighty percent adverts, twenty percent a mixture of celebrity interviews, tips on how to lose weight/look good and lists of the latest things you can’t afford! Or so the world of youth journalism seems to suspect.

Most magazines for young people of student age are unaware of the fact that most young people are engaged and interesting (and interesting) people who want to know more about culture, the world and the people living in it. That we are briefly amused by puffs of air like Cheryl Cole, but they do not make us roll on the floor screaming ‘CRINGE’; no, we tend to move on quite quickly to think about something more meaty and closer to what counts as important to us, both as individuals and as part of a startlingly fast-moving society. We, the youth of today, are not ‘the yoof of today’, and magazines for young people seem to have missed the fact that all young people, like all people in fact, have bigger fish to fry than skin flawlessness or Katy Perry’s jugs every once in a while. Why are there no publications for young people that acknowledge our thinking, feeling, considering part, that treat us like engaged and multi-dimensional readers?

I used to stand in front of the magazine racks in newsagents, sadly gaping at the kinds of things I had the option of reading on the train. I wanted something funny, diverse, visually delicious and aimed at a person with real thoughts and ideas. Then, in Germany, a friend gave me a stack of her old NEONs and without knowing also gave me the very thing I was looking for.

NEON is a magazine for students and young people which takes us seriously but is never too serious. The cover always blazes at you; their photographers and graphic designers are sharp as broken glass and design each edition to be as fiery to look at as they are to read. The articles range from ecology to world politics to social phenomena to sex and relationships, and they are all written by skilled young people who are allowed their own voices and personalities as members of the NEON team.  NEON’s editors always manage to choose the most fascinating and unexpected subjects: interviews with families in Hong Kong who have to live in single-room flats underground; how Facebook has made love-affairs so much harder; the German ‘bread mountain’; the experiences of a Mexican immigrant who has recently been forced to return to Mexico after twenty years in the US… I could list hundreds of these incredible articles and barely pick my favourites.

There are, of course, also regular features. A weekly set of mini-columns called ‘Darum ist das so’ explains strange mysteries such as why blue-cheese-mould is delicious while other mould is poisonous, or why elderly people so confidently direct the traffic as they cross the road, gesturing like a band of senior monks.  NEON’s resident doctor tells a story each week of the most remarkable things he sees in his line of work, such as the sword-swallower who arrived in hospital having accidentally sliced a hole in his own neck. There is a lonely-hearts section which is always mesmerising to read, as those in the ads are always brazenly honest about themselves to the point where they seem to have no desire to attract a mate or indeed any other human being into their lives. And, because we are young and trendy after all, there are still plenty of articles about awesome clothes, new music, parties and holiday destinations.

NEON is an example of how all magazines should be. For shame that English magazines should charge heart-stopping prices for glossy wads of empty sheets, when a German magazine can make the effort to produce a fun, hilarious and fascinating magazine every month for just over 3 euros. Admittedly, getting a subscription delivered all the way to the UK was by no means easy – and forced me to miss out on my free gift of either Japanese cooking knives or a neon blue retro watch – but it was worth it. NEON goes to prove that, as always, the finer things in life have to be imported from Germany.

Rosie Tremlett studied German and English at Oxford University, including a third year abroad working in Berlin. To read an article on her experience of that year, click here.