We are delighted to announce the winners of the 'Grimm Tales' competition in the first Oxford German Olympiad! The competition has been a great success, with participants from all over the United Kingdom. Many thanks to all who took part – both students and teachers. The award ceremony took place on Tuesday, 18 June 2013 with the prizes awarded by author John Le Carré. Click here to read about the ceremony!

Grimm Tales is a national contest open to all learners of German from years 7 to 13 inclusive.

The fairy tales (Märchen) compiled and published by the Brothers Grimm are some of the best known and widely read stories in the world. 2012 saw the two hundredth anniversary of their publication, and the Oxford German Network celebrated this jubilee with a Grimm-themed competition: Grimm Tales.

Budding storytellers, writers and film-makers from years 7 to 13 were invited to seek inspiration in the Grimms' tales and enter the Olympiad by picking one of the tales opposite and completing one of the following tasks.

1. Re-write the tale as a comic strip, with German speech bubbles (1 side of A4)

2. Represent the tale or a scene from the tale visually (a drawing or painting, including some German text)

3. Make a short film of the tale (up to 3 minutes in German)

2. Tell the story or one episode from it in the form of a newspaper report (200-300 words in German)

3. Make a short film of the tale (up to 5 minutes in German)

3. Make a short film of the tale (up to 5 minutes in German)

The judges took account of linguistic accuracy, stylistic sophistication, and the creativity of the submission.

Networking in German - Competition for Years 7 to 13

OGN invited pupils to send us their idea for a networking activity that would provide an effective and enjoyable German language learning experience.

The following suggestions served as a guide for entrants:

Entries were to be one page of A4 presenting the idea. It had to be written in German (150-200 words) and could include up to two images. It needed to explain how the activity works, what makes it effective, and what makes it enjoyable. It was not however necessary for the idea to have been tested.

The judges considered the quality of the idea and its presentation. 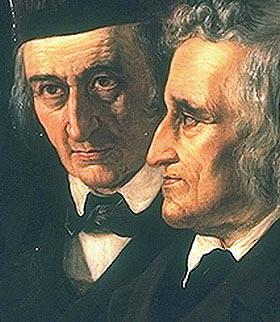 The tales collected by the Brothers Grimm have been told and re-told through the centuries, in numerous languages and versions. The four tales we are focusing on are ‘Hänsel und Gretel’, ‘Schneewittchen’, ‘Die Bremer Stadtmusikanten’ and ‘Das tapfere Schneiderlein’, and you can find a range of versions of these tales online. Here are some suggestions to help you get started:

literaturnetz.org – German versions of the tales

grimmstories.com – the tales in several languages including German and English

www.gutenberg.org/ebooks/2591 – an e-book of an English translation of the tales

http://www.gutenberg.org/ebooks/5314 – an e-book of an English translation of the tales

You might also wish to read the tales as they were originally told by the Grimm Brothers – which give a great insight into the way the German language has developed since the early nineteenth century. These versions are available as downloads here: