Oxford German Network also invited entries to a series of Olympiad 'Round 2' competitions in 2015. See the competitions and the winning entries below!

An idea for a networking activity that will provide an effective and enjoyable German language learning experience. Prize donated by SAP AG.

Design a tour of the Rhineland. Prize donated by Deutsche Bahn and the German Youth Hostel Association.

Write a book proposal on a topic in the field of German literature and/or film that would make a successful and important book and would fit the profile established by Camden House in German studies. Prize donated by Camden House and Boydell & Brewer.

The Oxford German Olympiad is supported by Routes into Languages South and other sponsors.

Click on the links below to see the winning entries. 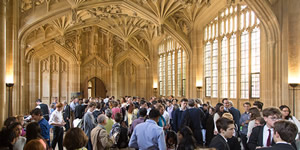