We are delighted to announce the winners of the Oxford German Olympiad 2014! Click here for the list of winners for the contest focusing on the theme '1914' and the 'Round 2' winners!

An idea for a networking activity that will provide an effective and enjoyable German language learning experience. The following suggestions served as a guide for entrants:

•    ways of networking learners of German with each other, or with German native speakers

The prize was an iPad mini, kindly donated by SAP AG.

An original response to one of Kafka’s short stories by writing a short story in German (100-1000 words) or creating a visual work, or a film (max. 5 minutes).

German for the Future

What should children in primary schools learn about German or the German-speaking countries? This competition involved taking part in a survey, which you can download here. All answers to the survey questions had to be in German.

The winner was given the opportunity to attend a language course in Germany (Jugendkurs, 2014 or 2015), kindly donated by the Goethe Institut London.

The competitions on the theme "1914" are open to all learners of German from years 5 to 13 inclusive in the United Kingdom.

The theme "1914" reflects the momentous importance of World War I for the shape of Europe. The role played by Germany and the Austro-Hungarian Empire will be a hotly debated topic among historians during the year. The Olympiad extends to many different aspects of life at that time, including the sciences and industry, literature, art and film.

Budding storytellers, writers and film-makers from Year 5 up to Year 13 are invited to seek inspiration in German-language culture of 1914 and enter the Olympiad by completing one of the tasks in the box on the right. To give you inspiration, we'll be putting lots of material about German, Austrian and Swiss history and culture in 1914 on the website throughout the year - so check our pages regularly to find out the latest!

The judges will take account of linguistic accuracy, stylistic sophistication, historical understanding and the creativity of the submission. 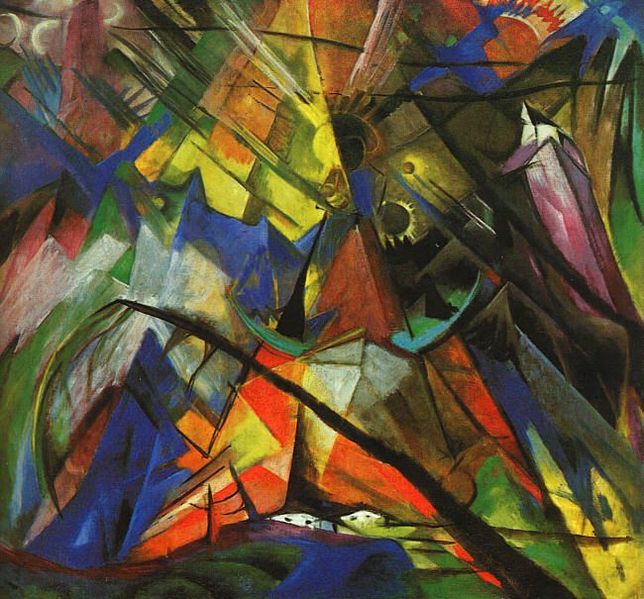 Find out about literature, art, science, business - and lots more! - in Germany, Austria and Switzerland in 1914 here!