Our partner schools offer a range of exciting trips and exchanges to their students. Here are a selection:

Abingdon School has a very long-standing exchange programme with a Gymnasium in Bielefeld, which it organises together with St Helen’s, Abingdon.

Cherwell School, Oxford has a German exchange that has been running for 32 years! Usually around 22 GCSE students take part. There is also a three-day trip to the Christmas markets in Aachen every year, with around 80 students, and the Sixth Form head off to Berlin in February/March for four days.

Chipping Norton School has been running a German exchange with Nördlingen in Bavaria for over forty years. 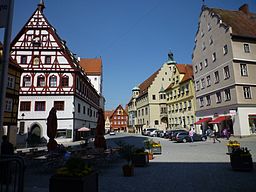 John Mason School, Abingdon runs an annual day trip to the Christmas Markets in Aachen for about 70 students from years 7 and 8. There is also a four-day trip to Berlin every October, with about 40 students.

Magdalen College School and Oxford High School run a joint exchange with a Gymnasium in Munich every year. This year, a group of Sixth Form students from both schools are taking a week-long trip to Berlin, including a cultural programme and language classes at the Goethe-Institut.

Radley College run a year 9 trip to the Christmas markets in Cologne every year, and a homestay trip for year 11 and the Sixth Form in February, staying with host families in Berlin.

St Edward's School runs an exchange with a school in Brig, Switzerland for year 10 and above. Students also have the opportunity to go on a week-long study visit to Berlin, comprising a mixture of language classes and cultural visits. 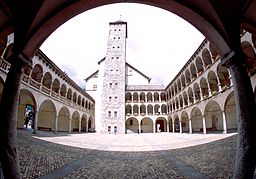 Every year The Warriner School runs a two-day trip for year 8 to the Christmas markets in Aachen, and every other year there is an exchange for years 9 and 10 with a school in Coburg, Bavaria. Coburg was the birthplace of Queen Victoria’s husband Prince Albert, and the exchange school is accordingly called the ‘Albertinum Gymnasium’.

Wallingford School rus a very popular German exchange programme to Bad Wurzach, Wallingford’s twin town in southern Germany.  It is offered to pupils from year 8 upwards and last year 45 pupils took part. This December, for the first time, the school is running a weekend visit for year 7 and year 11 to the Christmas markets in Aachen.

I was lucky enough to receive one of the UK-German Connection's scholarships in 2011 and spent a month of my summer holidays travelling around Germany in the company of a group of international students. In the relatively limited time available to us, we managed not only to visit Bonn, Munich and Berlin, but also to spend a fortnight living with a family on the Austrian border. The trip was the most memorable of my life for three main reasons, the first being the opportunity to spend so much time immersed in German language and culture. Within a month, my ability to speak German had transformed from 'reasonable' to 'reasonably fluent', with an emphasis on the kind of slang and profanity that my school had, very unfairly, never bothered to teach me. The two weeks I spent in the south of the country were a valuable lesson in both adapting to different dialects, and nodding and smiling when you have no idea what's going on. And although English and German culture are said to be alike in many ways, I picked up on numerous minor differences, such as my hosts' surprise when I waited for everyone else to be served before starting to eat.

We encourage students from our partner schools to write short reports on their German trips and exchanges, which we will publish here.

Cherwell School runs an exchange with a school from Augsburg in Southern Germany, and the picture below shows the city’s market place, known as the ‘Stadtmarkt’.

Click on the links below to read the students' reports:

Spending time abroad as part of your studies has proven benefits in more ways than you might think! Click here to read a report by researchers at the University of Jena about how German students have benefited from a year abroad. Check out the interviews with language graduates on Language Launchpad to find out how their year abroad helped their careers!

If you would like to study for a degree or as part of your degree in Germany, you have a choice of over 16,000 programmes all over Germany. You can find a full list of them here or search for programmes taught in English here. If you'd like more information, there's a comprehensive guide to studying in Germany here.

Many German universities also offer language and other specialist courses over the summer. So, if you would like to brush up on your German or take part in a short course in a range of different subjects, you can search for a summer course here.

Take a look at our Working Abroad page for useful tips and links for job searches, job applications, and funding for study and research in Germany. 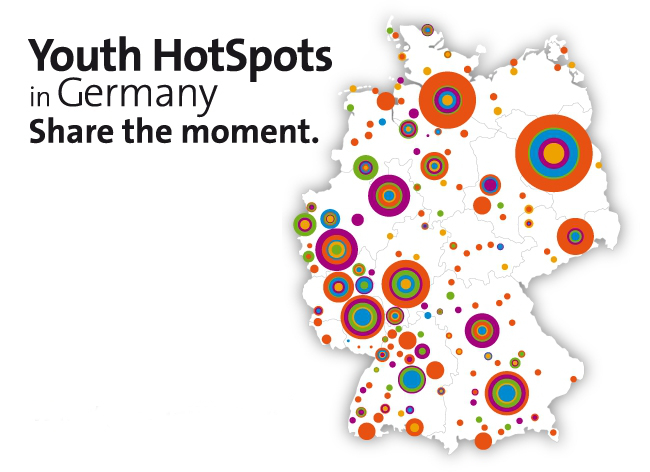 Want to know where the best places in Germany are to go, see and be seen? Take a look at Youth HotSpots in Germany, an initiative of the German National Tourist Office - and share your favourite hotspots, too!

UK-German Connection offers a number of excellent travel opportunities for learners of German:

Discover Germany! Programme - a four-day trip to Germany for lower secondary pupils and their teachers

See below for one student's account of a month spent in Germany on a UK-German Connection scholarship.

What can German do for you...?

I chose to study German for GCSE, A Level and a four-year degree (along with Italian) at the University of Oxford. Here are some of the best things I've been able to do thanks to learning and staying involved with German... 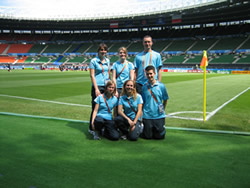 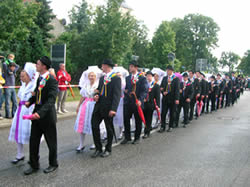 For part of my university degree I spent six months of my year abroad in Germany, in a town called Cottbus, right between the two exciting cities of Berlin and Dresden but also offering the opportunity to cycle to the border with Poland in under an hour. As a language assistant at a secondary school, my job was to expose the students to English in contemporary society, so I was essentially given free rein to use QI episodes about German stereotypes, song lyrics and lonely hearts ads. In turn, the teachers, pupils and other people I met there invited me to some very interesting places, ranging from eccentric bars in Dresden to, for example, a village "Bird Wedding", an intriguing local tradition in that part of the country!

Having now completed my studies, I’m heading back to Germany for another year. This time I’ll be working in nature conservation, initially in Hamburg and later on the islands and coastal areas of the North and Baltic Sea. These are increasingly popular tourist destinations and the project I’ll be involved with aims to allow people to enjoy and benefit from being in such a fascinating natural landscape while actively protecting the environment itself from harmful human activity. Think dramatic cliff scenes, chilly but unspoiled beaches and lots of birds and seals… German-speaking birds and seals that is, of course. 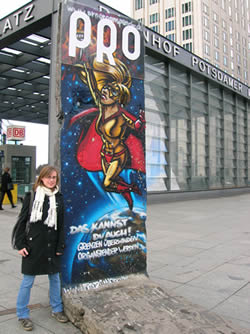 All in all I would say that learning any language, as well as being a challenging and fascinating pursuit in its own right, is a fantastic gateway to all sorts of new opportunities in life. If you want to travel, work and meet interesting people in an international level, having a good command of a second or third language is the key to making the most of it!