The Oxford German Olympiad 2016 is now closed and judging is complete. You can view the winning entries to all categories of the contest here.

Submissions for these competitions is now closed. The winning entries can be viewed here.

Deutschland, Österreich, die Schweiz - meine Traumreise! - design a tour of your favourite region of Germany, Austria or Switzerland to win! Open to pupils of all age groups up to Year 13/age 18 years. Click here to find out more.

Subversive Satires of the 1930s - a translation competition for university students in association with the Wiener Library. Click here for more details.

Camden House Book Proposal - write a book proposal on a topic in the field of German literature and/or film that would make a successful and important book and would fit the profile established by Camden House in German studies. Open to university students. There will be one prize for undergraduate entries and one prize for postgraduate entries. Click here for more details. 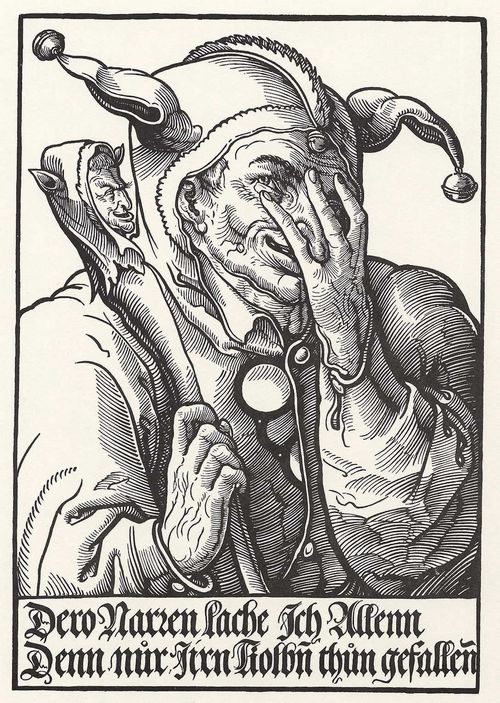 Find out about traditions of comedy and humour in Germany, Austria, and Switzerland here!

[Image: Woodcut of a fool by Heinrich Vogtherr the Younger, c.1540]