We were very pleased to welcome Prof Henrike Lähnemann, Chair of Medieval German Literature and Language at the University of Oxford, to award the prizes at the ceremony on 19th June 2018. At the ceremony, as well as awarding prizes to all the winners and runners-up in the competition, we also celebrated the highly commended and commended entries and the winners of the first ever German Classic Prize!

Alice Fraser was the winner of the German Performance Prize 2018, with her script 'Was haben die Deutschen je für uns getan?', and William Connor was the runner-up.

Congratulations to Ellen, Alice and William!

Above: Prizewinners and Oxford students mingle after the awards. Photography: John Cairns 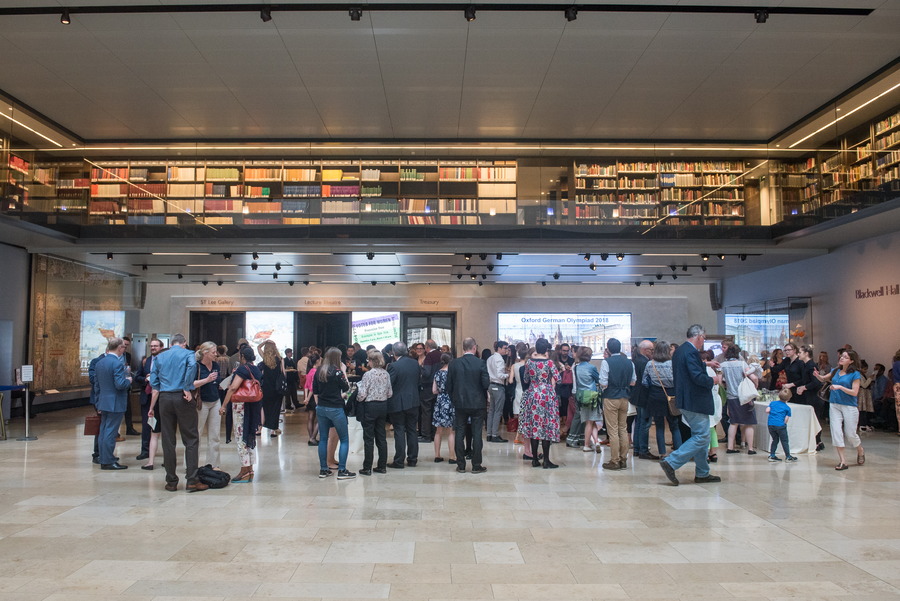 Click on the links below to see the winning entries up close! Note: some links lead to external webpages (YouTube, Soundcloud etc.) or downloadable files.

An annotated picture of your best friend

A comic strip about two or more famous friends

An email to a pupil at a school in your town’s Austrian, Swiss or German twin town

Retell the story of Gretel Riebel and June Whitcombe

A blog post advising German, Austrian and Swiss readers on how to make friends in the UK

A brochure containing some rules, tips and advice on using social media safely

A sketch about a friendship between two (historical) figures

A song about friendship

A ‘virtual tour’ of your town’s German twin city